This encouraged fans to create a story that 2401 coins needed to be collected and to return safely to the statue.

However, after doing so, luigi didn't came to be :(

Paper Mario came out February Fourth, 2001. And, Luigi was in it. It could actually be spelled out "Eternal Star," but the bad graphics make it look like it's saying "L is real 2401."

Under it, it looks like it says "in paper M".

In the Legend of Zelda, there is a statue that says L is real 2401. This is the same reason. 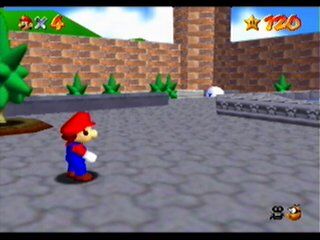 The Statue is here somewhere :(

Community content is available under CC-BY-SA unless otherwise noted.
Advertisement